Home to more than a billion people, modern India is at once a thriving tourist destination, one of the world’s fastest-growing economies and a hive of social, religious, ethnic and linguistic diversity. Spend a few days in India and at various points you will probably encounter speakers of Hindi, English, Sanskrit, Bengali or perhaps even all of the above. Yet it would be practically unheard of to find a Persian speaker in India today, despite the rich cultural influence of Persian on the South Asian subcontinent. The forgotten story of Persianate India is part of a much bigger picture of the Persian-speaking world, which is far from being limited to just Iran. In its heyday, as the language of the Mughal Empire, Persian could be considered a lingua franca as much as Latin in the Renaissance or French in the 18th century. It united millions of people across a wide swathe of Central and South Asia, stretching from as far west as Turkey to as far east as the fringes of China.

On today’s episode of The Provocateur I talk to Arthur Dudney, a Leverhulme Early Career Fellow in the Faculty of Asian and Middle Eastern Studies at the University of Cambridge, to help me piece together the history of Persianate India. We start by talking about the idea of a ‘mother tongue’ and its relationship to the concept of a lingua franca, before exploring the context of Persian and its role in Mughal India. We also discuss the place of Persian in the wider history of lingua francas and the implications for the ways in which we might think about lingua francas and the politics of language today.

You can contact me for a PDF of the above; Indian listeners may wish to purchase a hard copy via Amazon.in or Flipkart.com.

Lisbon is probably best known today as one of the cultural capitals of Europe, but it is also remembered as the victim of one of the deadliest and most powerful earthquakes ever recorded in European history. The disaster struck on 1st November 1755, registering an estimated 8.5-9.0 on the modern moment magnitude scale. It triggered fires and a tsunami, in the end claiming as many as 100,000 lives. The catastrophe was not just a literal earthquake, though; it was also a cultural earthquake, as it brought simmering religious tensions to the fore, threw Portugal’s imperial ambitions into disarray and even arguably changed the course of the Enlightenment in the latter half of the 18th century.

Today on The Provocateur I interview Ryan Nichols, associate professor of philosophy at California State University Fullerton, to discuss the cultural aftershocks of the 1755 Lisbon earthquake. We explore the historical context of Lisbon and Portugal before the earthquake; the immediate effects of the disaster on Portuguese politics and society; discussions of the earthquake by 18th-century philosophers including Voltaire and Rousseau; how Ryan’s research in the cognitive science of religion can help explain the aftermath of the quake; and the wider cultural reverberations of this episode for the history and philosophy of science.

Dynes, R. R. (2000) ‘The Dialogue between Voltaire and Rousseau on the Lisbon Earthquake: The Emergence of a Social Science View’, International Journal of Emergencies and Disasters 18(1), pp. 97-115.

Festinger, L. et al. (1956) When Prophecy Fails: A Social and Psychological Study of a Modern Group That Predicted the End of the World. Minneapolis, MN: University of Minnesota Press.

Nichols, R. (2014) ‘Re-evaluating the Effects of the Lisbon Earthquake on Eighteenth-Century Minds: How Cognitive Science of Religion Improves Intellectual History with Hypothesis Testing Methods’, Journal of the American Academy of Religion 82(4), pp. 970-1009.

From its mysterious origins deep in the rainforests of Central America to the gluttonous foodstuff we all know and love today, chocolate (not to mention its parent cocoa) has been an integral part of human society for centuries. The Aztecs used cocoa in rituals and as a form of currency as well as for nourishment. In early modern Spain, Catholic theologians argued over whether drinking chocolate could be seen to break the ecclesiastical fast. Chocolate pioneers in the nineteenth century promoted it as an alternative to alcohol, in keeping with the temperance movement that was all the rage at the time. Even in the modern world it has provoked strong emotional perceptions, from innocent treat to sexualized indulgence to junk food. Chocolate is a symbol of global inequality, cultural mores and social anxieties about health, religion, morality, sexuality, race and gender.

This week on The Provocateur we are joined by Kristy Leissle, a lecturer in the School of Interdisciplinary Arts and Sciences at the University of Washington Bothell, to discuss the cultural politics of chocolate. We talk about the history of chocolate from the Aztecs to the present, the politics of chocolate branding (using some rather tasty examples) and the future of the chocolate industry in an age of global climate change. Hopefully after listening to this episode you will never look at a chocolate bar in the same way again!

These are images of the chocolate bars discussed during the show, for reference: 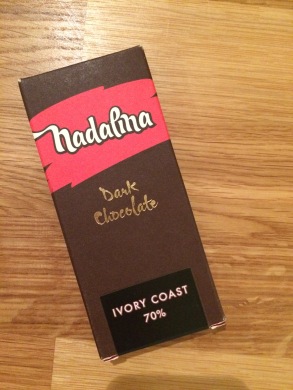 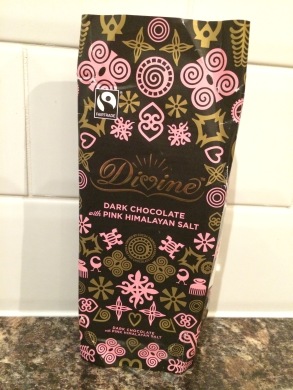 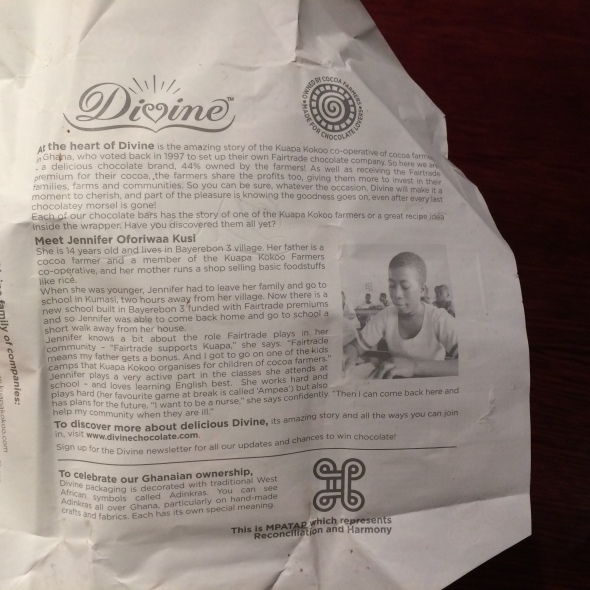 Beckett, S. T. (2008) The Science of Chocolate. Cambridge: The Royal Society of Chemistry.

The Alps might be most familiar to us as ‘the playground of Europe’ and indeed in modern times it is a vibrant hub for mountaineering, skiing and snowboarding. As many as 120 million people visit the Continent’s most famous mountain range each year and the tourism industry generates almost 50 billion euros in annual turnover, supporting around 10-12% of jobs in the Alpine economy. But this image of the Alps as a winter haven is a fairly recent invention. In the eighteenth century, the Alps were seen as a barren, even threatening, wilderness and it took many decades for the region to evolve into the tourist destination we know today.

This week on The Provocateur I talk to Jordan Girardin, who has just completed his PhD in History at the University of St Andrews, to explore the transnational history of travel in the Alps from the 1750s to the 1830s. We discuss the attitudes of both scientific explorers and leisure travellers to the Alps in this period; the varied and sometimes amusing reactions of locals to the new wave of mass interest in the Alps; and the implications of considering the Alps as a transnational space. The episode marks a mini-milestone for The Provocateur as the 25th show in the series, so I thought I’d stay true to the transnational spirit of the topic and record a French interview with Jordan as well, which you can hear below.

You can listen to the (English) podcast here:

Pyatt, E. (1984) The Passage of the Alps: from Hannibal to the Motorway. London: Robert Hale.

This work is licensed under a Creative Commons Attribution-NonCommercial-ShareAlike 4.0 International License.